Press Conference in the Biltmore

On July 27, at 15.00, a press conference on Chess World Cup was held at the “Amphitheater” foyer of “The Biltmore Hotel Tbilisi”.

Tbilisi Mayor Davit Narmania, First Deputy Minister of Sports and Youth Affairs Akaki Lodia, Director of Organizing Committee of the 2018 World Chess Olympiad and President of European Chess Union Zurab Azmaiparashvili, President of Georgian Chess Federation Giorgi Giorgadze and Director of  “Socar Georgia Petrolium” Levan Giorgadze spoke about the importance of the Chess World Cup, the preparation and the participants of the tournament.

It was noted that the World Chess champion participates in the tournament for the first time in the history of the Chess World Cup.

The main event of the 2017 FIDE calendar – Chess World Cup – will bring 128 chess players from 48 countries in Tbilisi. The top-fifteen chess players of the FIDE rating-list participate in the tournament.

World Chess Cup is held in the framework of project “Check in Georgia Sport”.

Matches are held in the hotel “Hualing“.

Final is presented by “The Biltmore Hotel Tbilisi“. 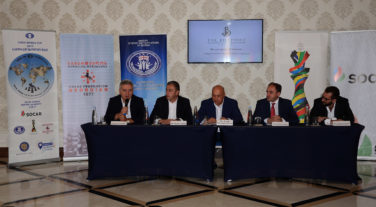 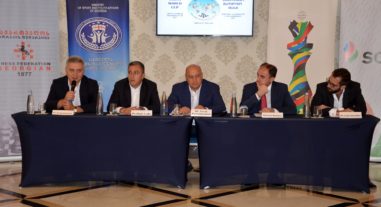 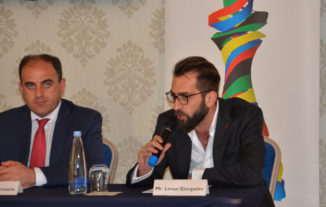 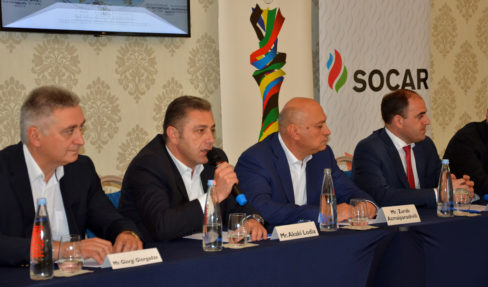 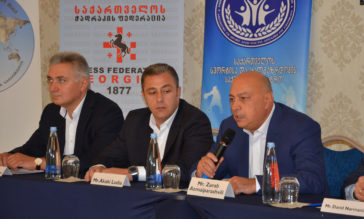 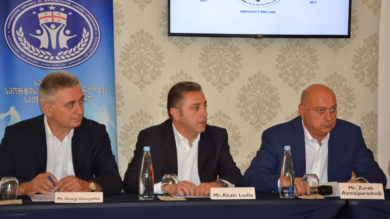 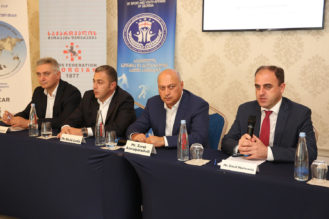